Home / New new new / Runamuk on a Roll at Goondiwindi 400

Runamuk on a Roll at Goondiwindi 400 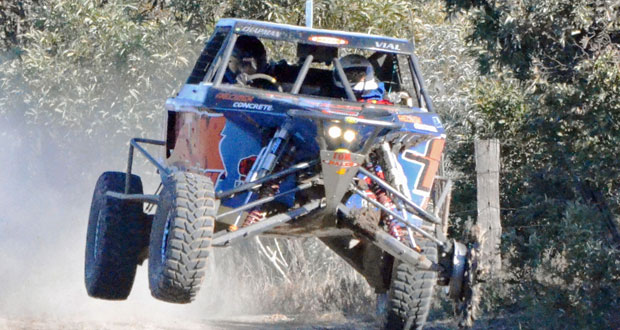 Bryce Chapman and Colin Hodge and the Runamuk Racing team had a weekend to remember at the Albins Off Road Gear Goondiwindi 400. Saturday started with Prologue, which saw Bryce set the second fastest time of 6m28.578s, less than two seconds off first placed #7 Matt Hanson. The ARB Top Ten Shoot Out was next on the agenda; Bryce gave it all he had in the #58 Jimco Pro buggy to take out the top honors with a time of 6m23.125s ahead of Tatts Finke Desert Race winner Brad Gallard. 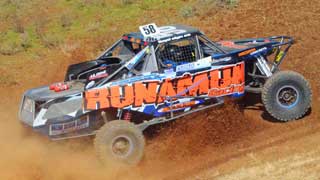 “The start for section one saw Bryce move into pole position for the first time of his off road racing career” exclaimed Bruce Chapman, team owner and father.

Chapman and Hodge finished section one in first outright with a time of 51m20.562s ahead of the #9 Jimco Pro buggy of Brad Prout.

Bryce commented “we came to this event to prologue well and we accomplished that. I’m very happy with how day one has gone, but I could never have gotten this far without the support of my father (Bruce). His experience and guidance has been a great help to me in my career, which only makes me want to show I can mix it with the best drivers in the country. I think I have done that today coming home first, a great result for team. We still have a big task ahead of us tomorrow, but I’m looking forward to it.” 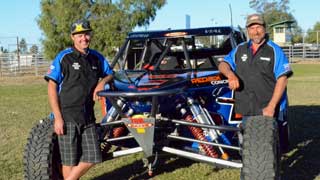 Day two got off to a great start, but half way through the first lap the #58 Jimco got a flat tyre. The crew made the difficult decision not to stop trackside and change but to drive on to the pits where the pit crew where waiting to make a quick tyre change. This saved precious time, only losing two places at the end of section two, moving the Runamuk Jimco back to third outright position.

The final section of the weekend got underway, but did not start well for the #58 with engine troubles on the start line. After quick repairs on the start grid, the #58 took off in 12th position, directly behind #24 Ryan Taylor. 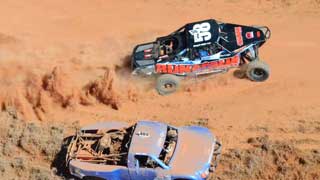 The trail of thick dust, coupled with poor visibility, resulted in the Runamuk Jimco rolling at speed, unfortunately ending the weekend for the team. Chapman and Hodge where unharmed in the incident, just a little sore, but a shattering end to what was a great weekend.

The Runamuk Racing Team would like to thank the event organisers and officials who helped make the event possible; the team had a great time and are looking forward to returning next year.

The Runamuk Racing Team will now take some time to revaluate where to go from here and focus on rebuilding the buggy. 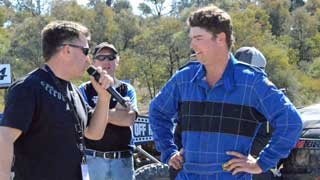