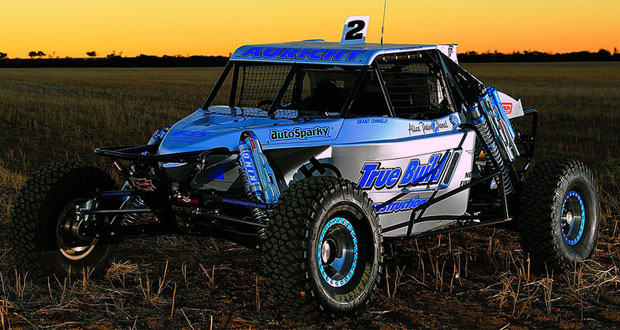 “Would of … could of … we’ll never know” was Dan Auricht’s reflection on the abandonment of the Albins Off Road Gear Goondiwindi 400. “We were in with a chance, an outside chance, but none the less, a chance to take home the Australian Off Road Championship for 2011. Having said that, our team believe that organisers made the right call on the day, and I think quietly that those of us that were there, we didn’t want to race in those conditions.” 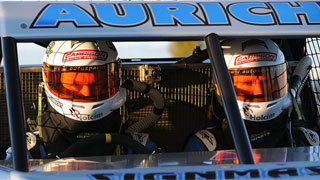 After making the 2850km journey from their home base in Alice Springs to the Queensland border town of Goondiwindi early in the week leading up to the event, Dan Auricht and Grant Connelly spent time with Brad Zacka working on their King Shock Absorber set up and fine tuning of the mid mount Jimco Aussie Special Pro buggy #2. “We believe we had the perfect package to take on the notorious Goondiwindi melon holes. From what we’ve heard from the organisers that drove the whole track on Thursday, it was the best track the Goondiwindi Motorsports Association has prepared. We were really looking forward to the technical nature of the ‘drivers’ track”. 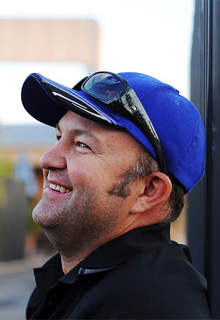 2010 didn’t end well for the True Build Racing team, succumbing to a massive roll over on a logging track in the Tantanoola Pine Forrest at the Teagle Excavations ARB Pines Enduro in September; the team and the Jimco rebuilding and moving forward for an attack on the 2011 Australian Off Road Championship and the right to don the #1 plate for 2012. After an up and down year, the True Build Racing team almost reached their goal, reclaiming the #2 plate after a tight and hard fought year.

The year started with a fourth outright at round 1 in Western Australia, after stopping track side to change a flat tyre cost Auricht and Connelly valuable time and outright placings; the team ultimately content with banking 10 championship points.

With round 2 came the low point of the year, the Jimco’s gearbox expiring in the team’s local event, the Tattersall’s Finke Desert Race. Auricht went on to explain “at the 6km mark, sixth gear went. With all the other gears still driving well, and no sign of other issues, we continued on. After passing Fellows 15km from the start and taking over the race lead, we knew we were in there with a chance for a win, until the gearbox went into complete melt down 50km into the 225km track.” 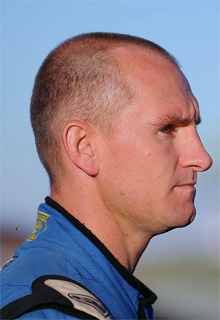 After a post Finke debrief and cost analysis, the True Build Racing team made the decision to replace the clutch of the V8 Chev powered Jimco with a torque converter, a changeover they had schedule to completed at the end of the season, “but with total gearbox failure at Finke, we had no option but to move the plans forward six months if we wanted to compete in the rest of this season”.

The new configuration proving a winner with Auricht and Connelly driving the Jimco into second outright at a dusty round 3 and increasing their bank of points to 25. “The dust was a big issue on Sunday, and there was no way of passing Dave, so we kept the pressure on, trying to force him to make a mistake, but that just didn’t happen” added Auricht.

Round 4 took the team back to the south east forest where Auricht admitted he was more than tentative about getting back out on the track, with last year’s roll over always in the back of his mind. With Auricht gaining more confidence as the laps racked up, the team ultimately finished in third outright and banked another 15 points, making it a do or die for the #1 plate as they headed in to the fifth and final round at Goondiwindi.

Unfortunately the history books will read that after a perfect lead up to the last round, a sudden and torrential rain storm on Friday night after scrutiny in the Goondiwindi region, the organisers had no choice but abandon Saturday’s racing. A further hail storm early Saturday afternoon sealed the fate of the event and the Championship leader board, with the points now standing as of round 4. Auricht and Connelly recrowned Australia’s number two off road racers at the Championship Awards presentation on the Saturday night.

Auricht said after accepting #2 “without a major sponsor and running a small business makes racing at times challenging, but we have a great team of supporters who assist throughout the year. Without their assistance we couldn’t have achieved this outcome. While the #1 would have been great, back to back #2 is the next best thing.”

“We’d like to thank Chris and Julie Coulthard at Autosparky for all their assistance throughout the years. Craig Carrison of Craig Carrison Race Engines who has put together a strong competitive V8 engine that has run faultlessly over the past two years and his support prior to and at events has been instrumental in our retaining the #2. Phil Hateley, Kane Naaraat and Jack Spears have been a massive help during the season, without them at the track helping us to go over the car etc it would not have been possible to compete. Their enthusiasm for the sport and their ability to have a good laugh during the weekend certainly helps lift the atmosphere.”

“Brad Zacka with King Shocks has aided in a vast improvement of the handling of the car since last year. A big thanks goes to Bluey from Alice Paint and Panel, Brian from Signmaster and Ben and Bryant from Neptune Fibreglass for their help in repairing the car at the beginning of the year and creating the silver bullet for the 2011 season. Finally the True Build Racing team would like to thank all of their supporters” finished Auricht.