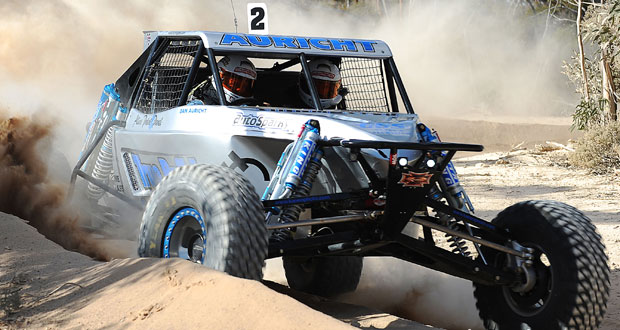 The True Build Racing crew fought from behind the field to finish fourth outright at Round 1 of the Australian Off Road Championship, the ARB Pinjarra Engineering Hyden 450, missing out on a podium finish, but banking valuable championship points for their 2011 campaign. 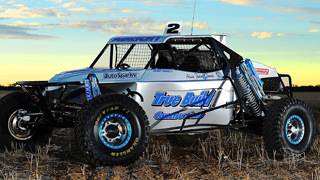 After the running of the Top 10 Shootout, Auricht and Connelly started third on the grid behind Fellows and Robinson for Sunday’s race start, Connelly commenting “we were happy starting the race in third position as this meant we were within striking distance of Dave and Travis, and it made us serious contenders for a podium finish”.

With 64 racers fronting the start lights for Sunday’s Section 1 and with a 45 second starting interval, the chase was on for Auricht and Connelly to reduce the time gap to the leading Jimcos. Unfortunately for the True Build Racing crew, they suffered a flat tyre on the first lap, the changeover costing six minutes of valuable time and dropping them down the order to tenth place. 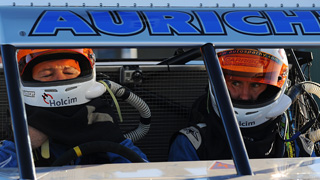 Battling back from the middle of the pack, the Jimco powered on, putting down three consistent lap times. With the attrition rate high, and crews contending with hot dusty conditions for the days racing, Auricht and Connelly greeted the checkered flag in fourth place.

“The flat tyre set us back considerably, which meant we were out of the running so we settled into a reliable and steady pace and hoped for a reasonable finish. Overall, we were extremely happy with the way the car handled, which has given us extra confidence leading up to Finke” said Auricht.

Auricht, now with 10 points in the championship bank, is busy preparing the Jimco for Round 2 of the Australian Off Road Championship, the Tattersall’s Finke Desert Race, to be held on Auricht’s home turf of Alice Springs over the June Queens’ Birthday Holiday weekend.