Foster on a roll

Foster on a roll 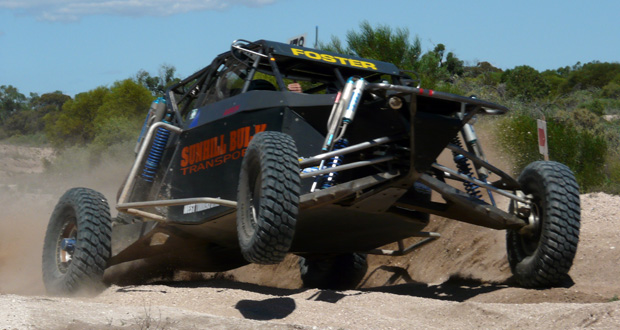 South Australian ProLite racer Lindsay Foster is more than happy with his start to the 2011 off road racing year. After spending the latter half of 2010 straightening out his new 2000 Series Jimco, Foster drove the #178 Nissan V6 Powered ProLite Jimco into top five finishes at the first three events for this year.

The 2011 season started in March with the Sunhill Bulk Transport team heading to the first round of the South Australian Off Road Championship at Baroota where Foster finished first in class and second outright. This was backed up with another second outright at the Koorlong Cruz in May, Round 1 of the Victorian Off Road Championship and a fifth outright and first in class at Round 2, the Sea Lake Mallee Rally in June.

Last weekend saw the trouble free run come to a halt when the Jimco broke a drive shaft on the first lap of Sunday racing at the ABC Mannum Enduro. 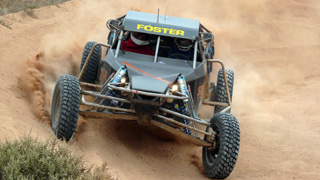 “We’ve also been experiencing handling issues this season, and we’re in the process of making some changes which we hope will fix the problems” commented Foster.

This weekend Foster, with navigator Aaron Cole by his side, will take to their local track at the Hi-Tec Oils Riverland 300, where a strong contingent of eight ProLites are nominated along with a further eight Pro buggy’s, making stiff competition for their South Australian Off Road Championship campaign.

The Glenroy Plains Produce Enduro at the end of July will be the next event on the Foster racing calendar. This event is unique in that it is a round of both the South Australian and Victorian Off Road Championships; two series that Foster now has substantial points on the leader boards.