Best in the Desert kicked off their 2015 car/truck season with the prestigious Parker 425 in Parker, AZ this past weekend.  The challenging terrain was both a proving and testing ground in the early stages of 2015, as racers battled over four hundred miles with one of the most competitive fields in recent Parker history.  Justin Lofton debuted his #41 Trophy Truck in promising fashion after a third qualifying position and holding a lead for part of the race but it was the JIMCO Class 1500 racers that put four vehicles in the top ten overall. 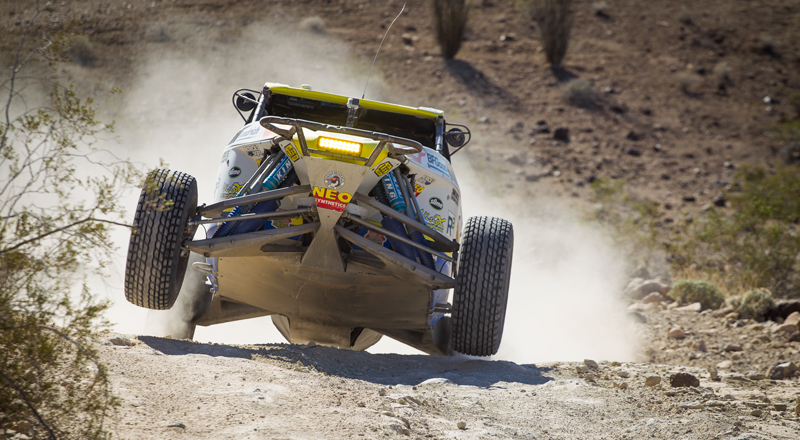 #1522 Brian Wilson earned a second place finish in the 1500 Class.  Wilson qualified 40th in the Time Trials event two days prior and immediately began the race in the sandy dust that Parker is known for.  Lap one times showed Wilson two seconds behind JIMCO’s #1532 Cody Parkhouse.    The two averaged a speed of 65.6mph and were only +00:02:14 off the leading pace of the #1529 Stronghold buggy. 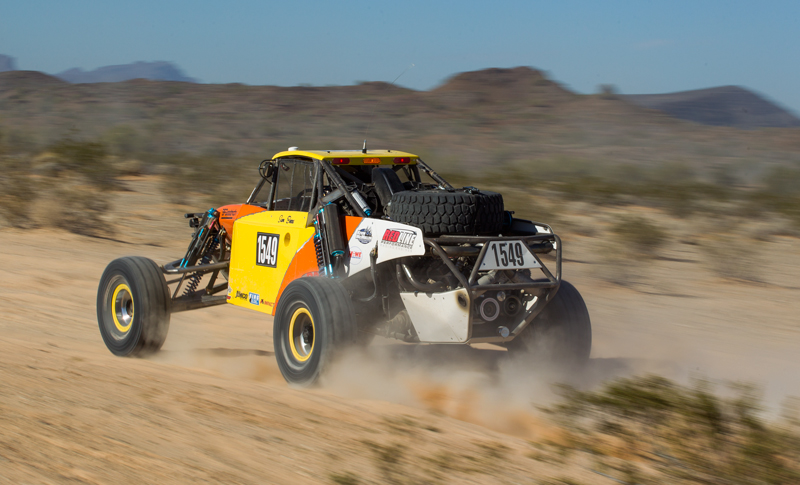 Meanwhile, Sam Berri sat twelve minutes back in his brand new 2015 JIMCO Champion Series Class 1, Single Seat that was finished just in time for the 2015 season.  Berri went on to finish a modest twelfth place overall and seventh in the 1500 Class. 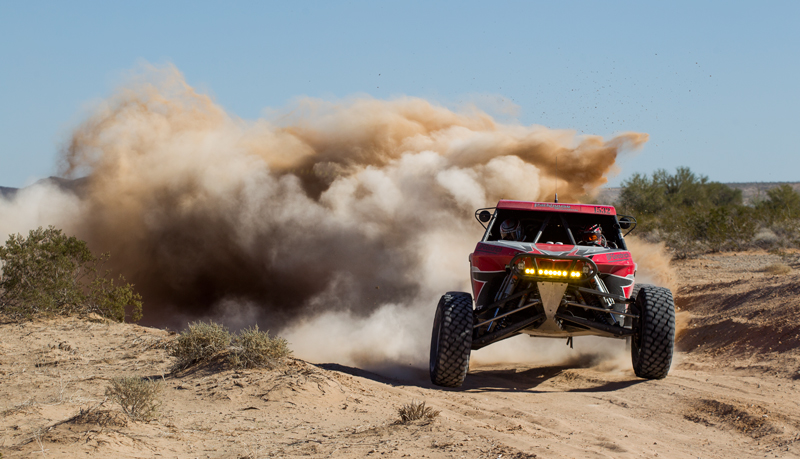 Wilson remained ahead of Parkhouse with the race leader in reach for the remainder of the race.  #1599 Todd Tuls and #1501 Corey Keysar both made pushes on the final lap to secure 4th and 5th place finishes in the 1500 Class.  At the finish line, four consecutive JIMCO buggies crossed the finish line after #1570 Harley Letner, who took home the class win.

In undoubtedly the closest race of the day, #1053 Brad Wilson missed the class win by eighteen seconds.  Forty-four Class 10 cars started the race but only twenty finished, including a sixth place #1071 Jason Coleman and nineteenth place #1091 Steve Brown.  Wilson was a man on a mission after starting in the twenty eighth position off the starting line.  After lap one, Wilson charged his way through the pack on his way to +00:01:17 off the lead pace. 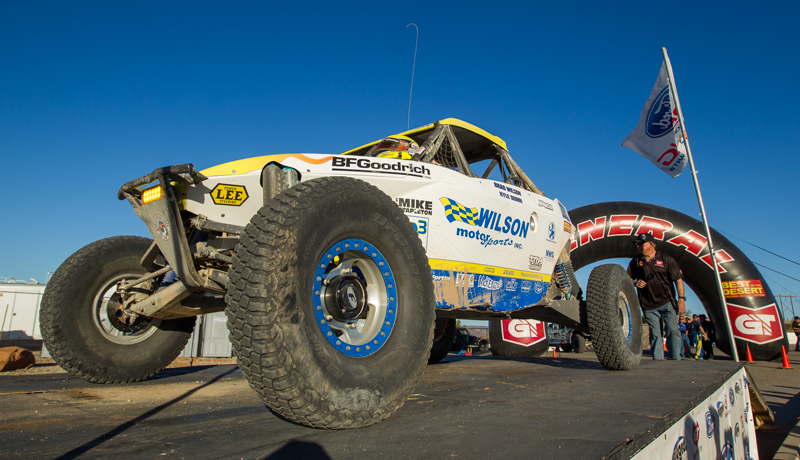 During lap two, Melton gained just over six minutes and showed no sign of slowing on Wilson.  Melton was first to the finish line at the BlueWater Hotel & Casino, with Wilson rolling in shortly after.  When the final timing was recorded, Wilson missed the win by eighteen seconds and settled for a second place finish. 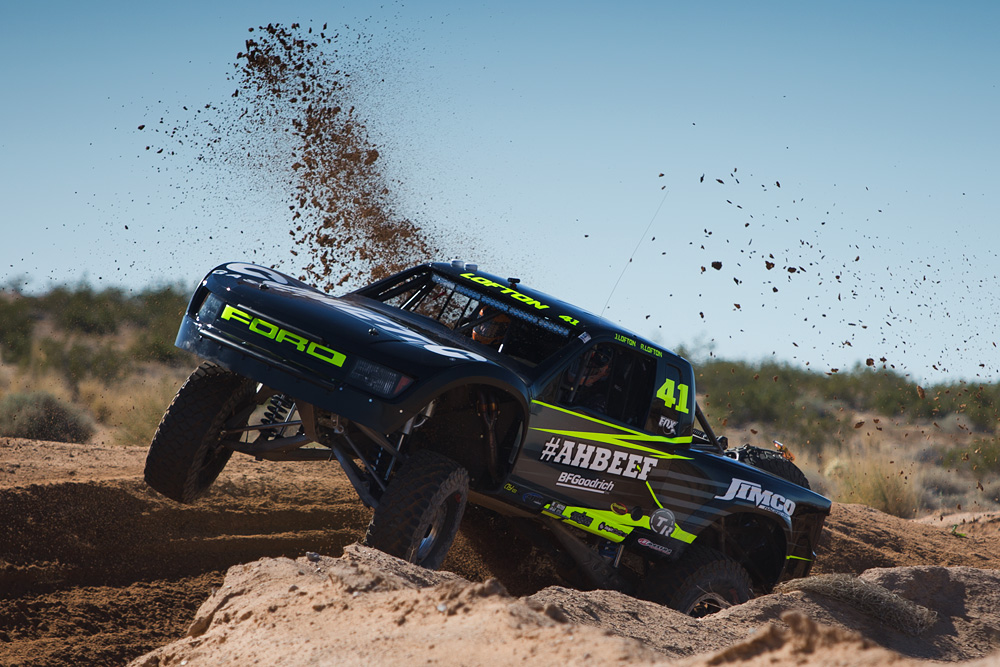 In the debut of his Trophy Truck career, Justin Lofton showed early signs of domination with less than 60 miles on the truck.  There’s no doubt some of the Parker buzz was centered on the #41.  Lofton put speculation to a rest after a third place qualifying finish.  Lofton started next to Robby Gordon on race day and at RM 31 was a mere twenty seconds behind Robby, physically.

“I knew Dondel and Robby would push their pace, so I sat patiently out of their dust and let them do their thing,” commented Lofton. 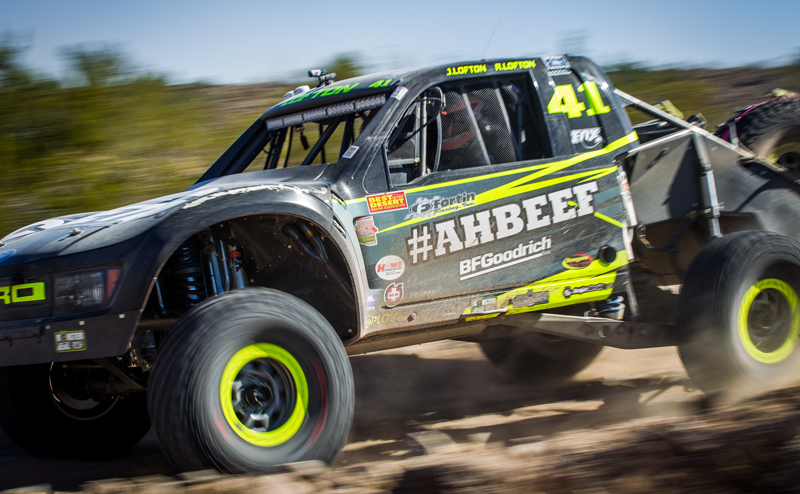 Justin was right and both Gordon and Dondel broke by the beginning of the second lap.  Lofton took over the lead and opened up his JIMCO Trophy Truck.  Lofton’s maximum speed in the race was 130mph.  Unfortunately before heading in to the main pit for the third lap, the converter failed locking up and braking an input shaft in his transmission. 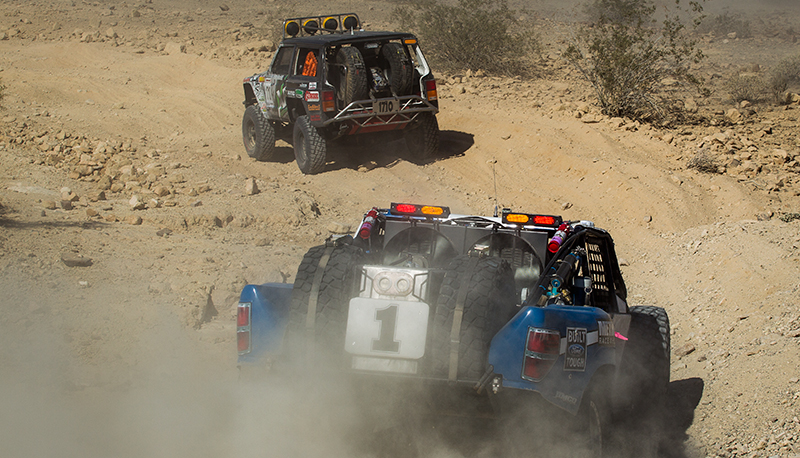 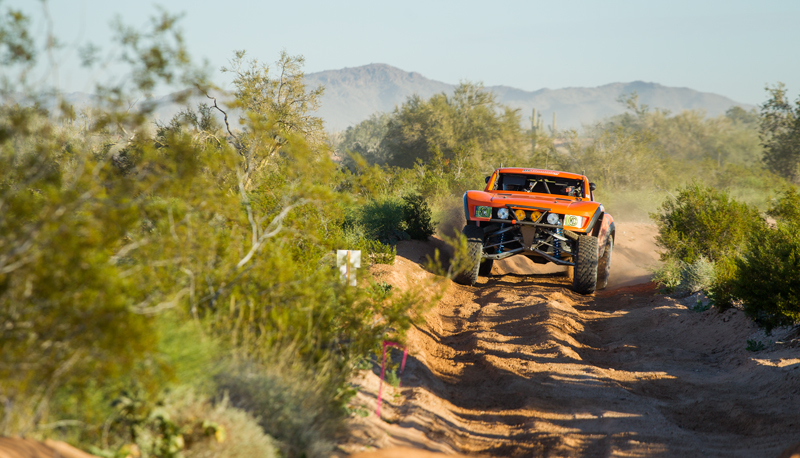 With Lofton dropping out the lead would be handed off to the reigning champion of Jason Voss, however the #1 JIMCO’s position of first on the road was short lived when he lost a convertor 10 miles later.   The #92 of Kevin Curtis would be the top finishing Jimco Trophy Truck in 6th followed by Jason Voss in 8th and the #94 of Steve Strobel in 9th.