MBR stays South for the Winter

MBR stays South for the Winter 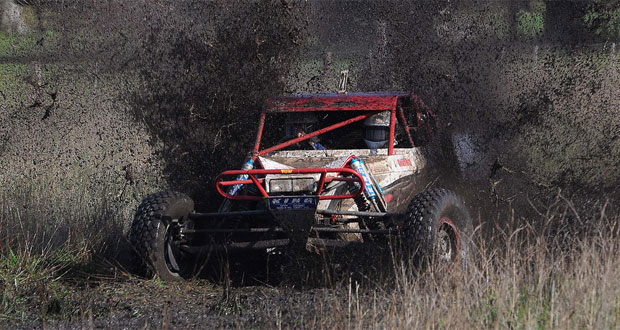 After 15 consecutive years of racing the Tattersall’s Finke Desert Race, Mark Burrows is returning to his old stomping ground this Queen’s Birthday June long weekend to compete in the Sea Lake Mallee Rally.

Burrows, who is almost as legendary as the Mallee Rally itself, is a seven times Australia Off Road Champion, with the Burrows name synonymous with off road racing.

Mark first stepped into an off road racer back in 1976 when he first raced at Hattah in his 1200 VW buggy; the Sea Lake Mallee Rally the second event in Burrows’ long racing career.

2011 has seen a change of tide for the Burrows family with work and family commitments impacting on the champions available time to go racing. “Travelling to races all around the country takes a big chunk of time out of your year, so for now at least, we are concentrating on events closer to home” commented Burrows. “We plan to do the Pines and possible the new race at Baroota, depending on how we go at Sea Lake.”

The Jimco has been stripped down and the mud removed from the last event, the 2010 Teagle Excavations ARB Pines Enduro, which will go down in history as one of the muddies events that competitors have encountered for many years.

September 2010 was last time Burrows took to the track under competition and he is certainly looking forward to getting back behind the wheel. “It has been 15 years since I last raced at Sea Lake. The whole family are looking forward to camping out at Green Lake and catching up with everyone again. We’re turning back the clock twenty years.” he said.

Taking up the navigating duties for Burrows will be his trusty side kick Colin Hodge. “We are hoping for a good result and can’t wait to get out and around Lake Tyrell again.”