Prouts Fifth Man of the Mountain 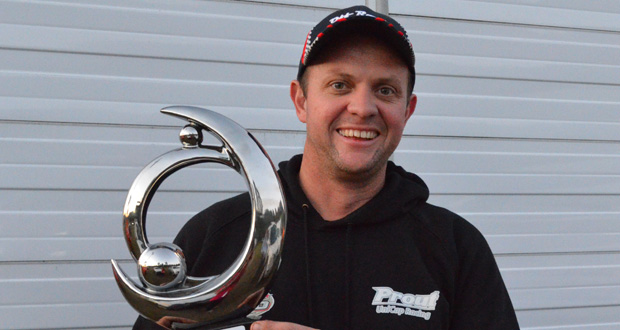 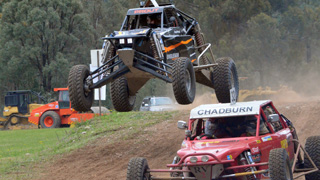 Prouts’ time was only 0.46seconds quicker for the total distance than second placed Bryce Chapman and Greg Campbell in the #58 V8 Chev powered Jimco Champion. Chapman charged through the last laps of the long course to catch Prout on outright time but, over driving through the whoops in sight of the finish line resulting in a 360 spin, allowing Prout to retake the track lead and ultimately finish just in front of Chapman.

Rounding out the podium at the 25th running of the Hedweld Milbroale Mountain Classic was the Terry Rose and Shane Eagan Jimco #11 entry, two minutes off the leaders pace, with a gap of 6 minutes 40 seconds back to fourth. Glenn Spizzo and Steve Brown finished in the event in fourth place and a shroud of rubber as the #26 Pro buggy crossed the line with very little remaining of their left rear wheel.

The share drive of the #907 Jimco of Mark and Kylie Eveleigh, who drove on Saturday and handed over the reins to Buddy Crowe for Sunday’s short and long course races, completed the top five. The #4 Crowe Jimco was sidelined today with power steering gremlins allowing him to take over the #907 drive when Eveleigh’s succumbed to back soreness. 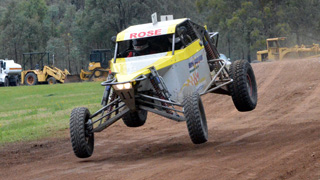 After only four competitors retiring after yesterday’s racing, a colossal field of 76 greeted the start lights for this morning’s two heats of the medium course. Spectators were then thrilled with the four at a time, side by side start, that is unique to the Mountain Classic as the four vehicles roar off the start line in full view of the start line into a tight right hand corner down the track.

Congratulations to the Hunter Valley Off Road Racing Association on successfully running the iconic event for 25 years. The event, facilities, organisation and atmosphere rate it as one of the best off road racing events in the country.

Event information including results can be found here.