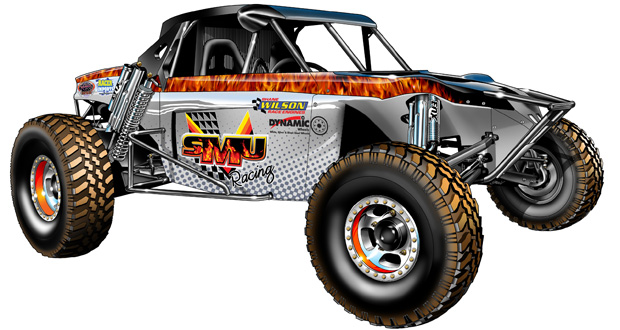 With the approach of the first round of the Australian Off Road Championship, one team that is looking forward to the upcoming season is SMU Racing. After bringing in a new car mid-way through the 2011 season, driver Matt Hanson and navigator Leigh Wells are hoping that the 2012 AORC season is a game changer for the team.

“We were fairly happy with the way the back half of 2011 panned out in the new SMU Racing Jimco” said Hanson. “The car worked pretty much out of the box except for a few teething issues at Glenroy Plains and Pines before coming right at the Tasmanian Sand Enduro. We are hoping the car will be a super reliable thing for the upcoming season.”

Team Manager Glenn Wells commented, “the best thing about 2011 was that the car got to do a lot of miles with the three races and then testing at Griffith and Portland at Christmas. Shane Cottee Desert Prep have completed a full pull down of the car which saw the frame get a coat of paint and all parts checked in consultation with Racer Imports before going back onto the car or into the spares boxes. We really are looking forward to the season starting given the layoff we have had in between races.”

Shane Wilson has built a new spec Nissan twin turbo engine for 2012, which he is confident will be an improvement on the speed that the car showed on debut last year. Hanson adding when asked about the engine, “on every level the engine that Shane Wilson has built has delivered beyond expectation. We have been rapt with the speed that the car has shown us on the track thus far and expect to see further improvement in the current motor for 2012”. 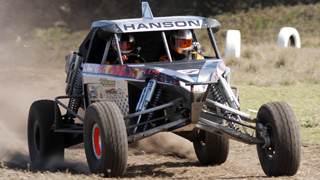 The final step for the SMU Racing Jimco is off to Race Paint for some final touch ups before the MBL Sea Lake Mallee Rally. The team can’t wait to get to Sea Lake where 115 plus cars are entered and the pace is sure to be hot.

The team have released a new line of merchandise this year which is available from their website and will also be available at Sea Lake which includes 100% cotton Tees and Hoodies as well as their current range of caps, race shirts and stubby holders.

Keep up to date with all that is happening at www.smuracing.com.au including the team’s latest dyno session and give the team the thumbs up on the team’s Facebook page – Start Me Up Racing.

SMU Racing would like to thank the following partners for their assistance for the upcoming 2012 season: