Ready to Runamuk at Sea Lake 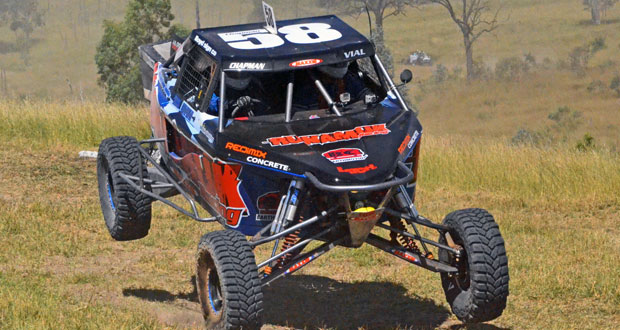 Tamworth’s Runamuk Racing team of Bryce Chapman and Peter Vial are all set to go off road racing at this weekend’s MBL Sea Lake Mallee Rally at Sea Lake in Victoria. 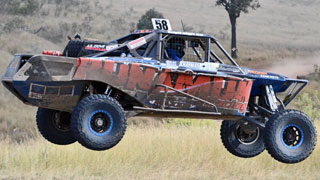 The team is looking forward to competing against fierce competition from the likes of Brad Prout, Matt Hanson, Glenn Owen, Terry Rose, Ryan Taylor and the Haby brothers.

With this being the first round of the Australian Off Road Championship for 2012, team owner Bruce Chapman will be handing over the reins to his son Bryce to give him a chance to make a name for himself at a National Level.

Bryce commented “I’m very keen to go racing and looking forward to a great season. I want to be able to show I mean business by being consistent, and 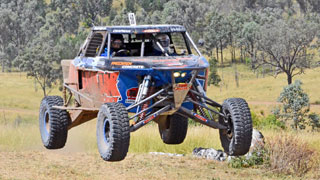 hopefully bringing home the win. I have a great relationship with my navigator Peter. He has been a great friend of the family for many years and I’m grateful his jumped on board to go racing with me.”

After the team ran away with the win at the Hunter Rivmasta Warialda 200, the first round of the New South Wales Off Road Championship in March, they were excited with how their lap times went and how the buggy pulled up after the event.

Recently the Jimco was on display at the MX Nationals in Coonabarabran, 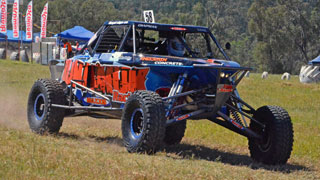 which was a very big hit with the public, attracting lots of interest.

The big Jimco is currently at Greg Campbell’s Motorsport preparation workshop. After having some minor adjustments done the buggy is ready and waiting to be picked up. “The team would like to thank Greg Campbell for all the hard work that he puts in to keep the vehicle running at its optimal best” added Bryce.

Runamuk Racing has also signed a new sponsor, Tamworth’s The Pub Group. “We are very pleased to welcome them on board the Runamuk team and are 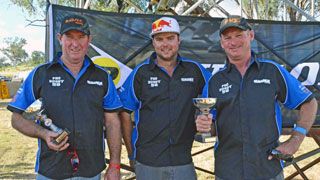 Runamuk Racing Team would also like to wish the best of luck to the other half of Team Runamuk, Buddy and Kerry Crowe, who will be competing in the Tatts Finke Desert Race this weekend.

Be sure to come and meet the Runamuk team at the MBL Sea Lake Mallee Rally this weekend.