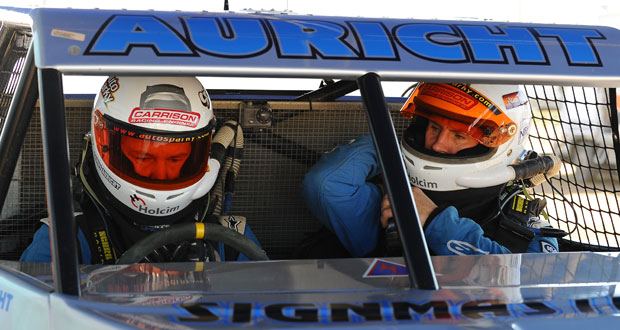 “After the big changes to our V8 powered Jimco in the two weeks leading up to the Flinders 450 we were surprised with such a good result, considering we are competing against the best in the country” commented Dan Auricht when asked about his second outright podium finish at the Flinders 450 on the weekend. “With the quality of field we were up against, we’re happy to walk away with 15 points and the second outright trophy.” 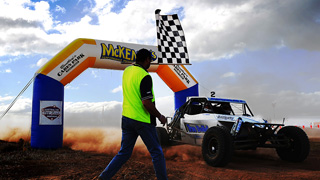 The True Build Racing team have made substantial changes to their Jimco Pro Buggy after the gearbox failure at Finke, replacing the clutch of the V8 Chev powered Jimco with a torque converter. The team confident the torque converter will put less stress on the gearbox and driveline resulting in greater reliability.

Auricht continued “it took some getting use to driving with the torque converter. We did minimal testing, so we were hoping we had the right set up out of the box. The gear selection is slower and difficult at times, and it took us a while to feel confident with it, but all in all we were very happy with the new set up.” 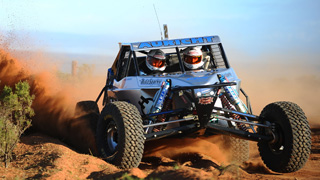 After prologuing in third, a mere half second behind Fellows, Auricht and Connelly blitzed the field in the Top Ten Shoot Out, putting their Craig Carrison V8 powered Jimco on pole for race start, four seconds in front of Andrew Pinto. The Jimco came into its own in Section 1, leading the field on the road for the two lap section, but lost to Fellows on overall time. “We lost time on the second lap when we spun out, and thinking we had a flat tyre or driveline issues we pulled up and had it looked at. All was fine but our cautiousness cost us the race lead” said Connelly.

Sunday’s Section 2 format was five laps, made up of three laps, an hour break and then a further two laps. Auricht and Connelly had a 40 second overnight deficit to Fellows to overcome, and with a 30 second starting interval and no repositioning after Section 2, the only option for the team to take home a win, was to pass Fellows on the track. “The dust was a big issue on Sunday, and there was no way of passing Dave, so we kept the pressure on, trying to force him to make a mistake, but that just didn’t happen” added Auricht.

The True Build Racing team are now sitting in second place on the AORC leader board with 25 points. With a five point lead over equal third and 50 points still up for the taking, Auricht and Connelly have well and truly declared their intentions for their assault on the #1 plate.