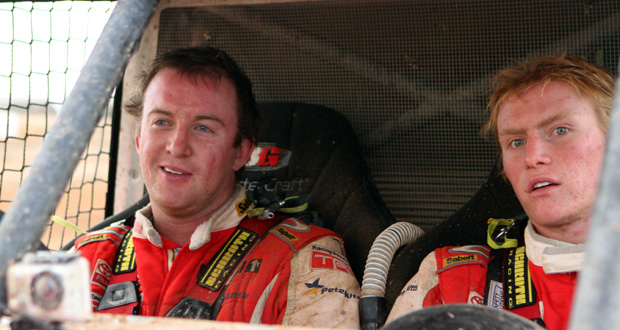 Results released from the Kickstarters Gascoyne Dash have the brothers Andrew and Macca Kittle in the #14 Peter Kittle Motor Sports Jimco on top of the time sheets, 4m35s ahead of Ken Styles and Josh Ellis.  A mammoth effort in their first attempt at the Dash, the team capitalising on their overnight third placing.Ken Styles and Josh Ellis have topped off a great year of racing, having won the title of Western Australian Off Road Champions, and now taking a second outright finish in their backyard event.2010 Dash victors Travis Robinson and Paul Currie have landed third outright for the Outer Bounds Racing team.More details as they come to had.

Results can be found here.