Oh So Close for Runamuk at the Mountain 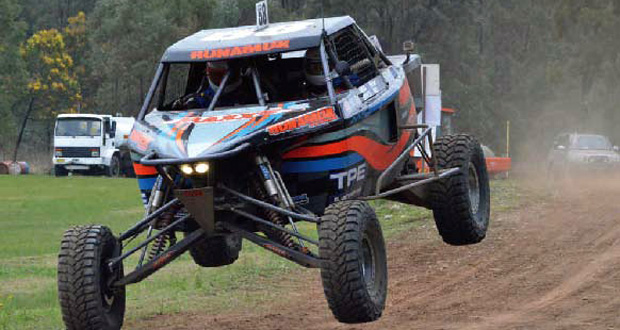 An outstanding performance by Runamuk Off Road Team’s rookie driver Bryce Chapman and navigator Greg Campbell who achieved an amazing second outright at the recent Hedweld Milbrodale Mountain Classic.Taking a conservative approach as the Runamuk crew learnt the unique tracks of Milbrodale, they worked their way to ninth outright by the end of Saturday.Sunday saw the unfortunate demise of the Towers and Young team who retired due to turbo problems. Until this point, Towers had been the one to catch, setting a blistering pace leading the Hedweld Milbrodale Mountain Classic. 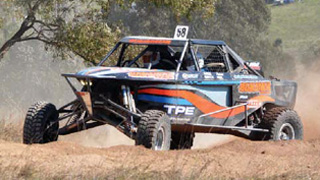 Race 3, with its short course format, saw Chapman starting alongside his team mate Buddy Crowe. Winning the start, Chapman stepped up the pace with Crowe hot on his heels for the first few laps, until the second Runamuk team Jimco of Crowe developed power steer failure, withdrawing at the end of the heat. Chapman Bryce went on to win the heat from Terry Rose in second and Glen Towers in third.“Being our first attempt at Milbrodale, it was a great opportunity to follow a competitor such as Terry around and learn the mountain” commented Chapman.

With Rose briefly sidelined with a problem on lap 4, Chapman moved the #58 Jimco into second on the road. Bryce passed leader Brad Prout with only a few kilometres of the event remaining, setting the quickest time on four of the six mountain laps, to take the heat win.

Needing to make up a few more seconds to ensure a win, the crew “went for it” in what must be one of the most exciting finishes at Milbrodale. With only a hundred meters to go, Chapman got out of shape on a series of whoops and spun. They passed the finish flag first but on total elapsed time, the event win went to Prout by a slender .46 of a second.

“No regrets, we gave it our best. I hope the crowd enjoyed it, but that’s racing” added Chapman.

“For a driver in only his second event, Bryce showed great ability to be running at this level and had not put a wheel wrong until the spectacular spin at whoops. Thanks to the Chapman family and all involved with organising the event for such a great weekend” commented Campbell.

The next event for the Runamuk crew will be the Hunter Rivmaster Warialda 200 at Warialda September 24 and 25.