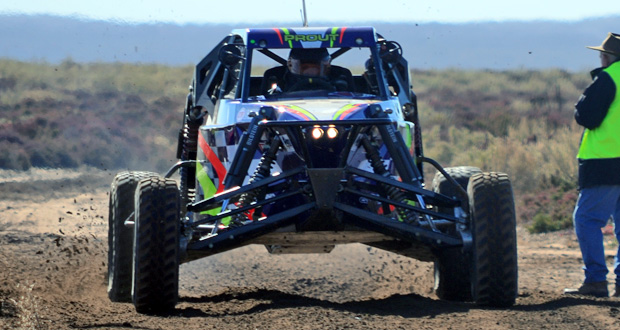 The first round of the Australian Off Road Championship has been run and won, coming down to the finest of margins and revealing the true sportsmanship side of the sport.

Matt Hanson and Leigh Wells were first on the track to cross the finish line in the #7 Jimco, however the win was awarded to Brad Prout and the Prout Unicap #9 Jimco after Prout was compensated for time lost when he stopped to assist trackside when Aaron Haby’s #57 was on fire. It shows the true sportsman nature of off road racing that a front running in the field is prepared to stop an help out another competitor.