Runamuk Gears up for Round 2 Goondiwindi 400 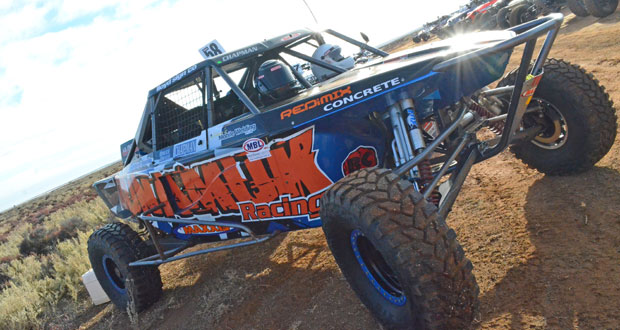 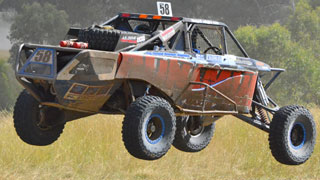 After an eventful run at the MBL Sea lake Mallee Rally, Round 1 of the Australian Off Road Championship, the Runamuk Race team had a lot to do upon returning to the workshop from Sea Lake. The Jimco #58 buggy had a major wash down with the pressure cleaner, “it took the boys a few hours to give it a thorough clean; we needed to make sure all the mud and salt were completely washed off before the car could go to Greg Campbell’s Motorsport preparations workshop. The buggy needed a good check over by head mechanic Greg Campbell. We needed to make sure there was no damage from Sea Lake” commented team owner Bruce Chapman. 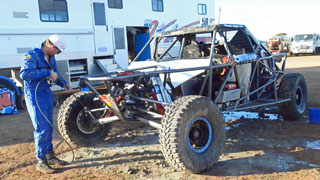 Just recently the gearbox has been rebuilt by Ronny Schmidt at Race Trans Gearboxes. The team would like to thank Ronny for all his hard work and are certainly looking forward to testing out the new rebuilt gearbox, driver Bryce Chapman commented.

in off road racing, wining numerous events alongside champion driver Mark Burrows. The Runamuk team is confident that Colin’s experience and knowledge of the Goondiwindi track will help the young gun Bryce get off to a cracking start.

Bryce added “the plan for this event is to prologue well. I learned a valuable lesson at Sea Lake, that it is very important that I get off to a good start and not have to fight my way so far up the field and be caught in so much dust. It has been a few years since I have been to Goondiwindi, before I pit crewed for Dad, Bruce Chapman. Last year I was planning on making my national debut at Goondiwindi but unfortunately the event was cancelled before it started, due to heavy rain.”

The Runamuk team is pleased that fellow team members #4 Buddy and Kerry Crowe will be reuniting with them to take on round two of the Australian Off Road Championship. The Team will have both of their Jimco Pro buggys on display at scrutiny on Friday afternoon at the Goondiwindi Show Grounds and a great chance to see these magnificent vehicles up close.