The SMU Racing team are ready for an assault on the Albins Off Road Gear Goondiwindi 400 this weekend after a first up second outright finish at the MBL Sea Lake Mallee Rally at the first round of the AORC. 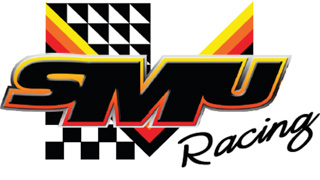 The car has been loaded in the trailer for the trip up north, which the team is excited about, given recent outings in the SMU Racing Jimco since it first hit the track in July 2011. Goondiwindi marks the fifth race for the new Jimco and the results to date have been promising as the team starts to settle with their new machine.

Driver Matt Hanson was excited about the upcoming AORC round in the final week of preparation. “We are really looking forward to racing Goondiwindi after being rained out for the last couple of years. What happened at Sea Lake was disappointing but we have moved on now and looking forward to having a crack at the Gundi track and those famous melon holes. The car didn’t miss a beat at Sea Lake and has required minimal preparation leading into this race. We are now learning as to what makes the car tick and what it takes to get it to the track.”

Goondiwindi has good memories for the SMU Racing team being the track where the team won the Super 1650 AORC championship in ’06. “Yes definitely good memories from Gundi, winning the championship in #284 and getting a 7th outright – a lot of fun, it is a great driver’s track and tactically a great race to be involved in. It looks like a good field and we are really looking forward to mixing it up again with the competition up north”, said Hanson.

Be sure to catch up with the SMU Racing team at Gundi and say hello. The latest team merchandise will be on sale where the car will be displayed at Scrutineering on the Friday night.

Follow all the latest on the SMU Racing team at www.smuracing.com.au and give the thumbs up on the team’s Facebook page.