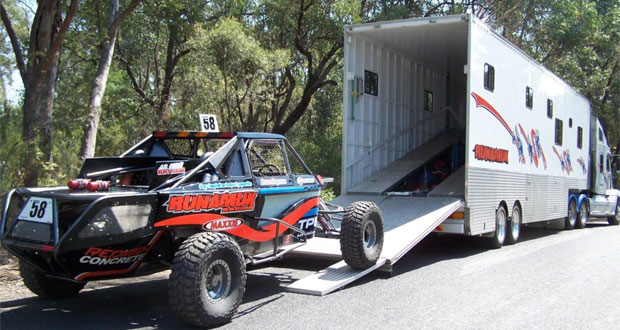 Team Runamuk will head for the familiar track of Warialda this weekend for the running of the Hunter Rivmasta Off Road Warialda 200.

Back at the wheel of the #58 machine, Bruce Chapman will be hoping to back up his 2010 win. Team mates Buddy and Kerry Crowe, second placegetters in 2010 are aiming to go one spot better and with their recent power steer problems sorted hoping for a good run. “We always enjoy the Warialda event for the friendly atmosphere and great racing” added Buddy. 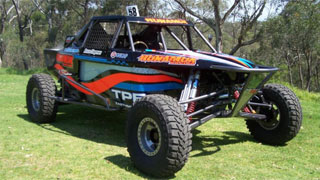 After some good performances in New South Wales events this year, Alisha Crowe in her Sportsman buggy is hoping for a better run at Warialda after she was forced to withdraw from last year’s event with electrical issues.

With Bryce Chapman driving the car at recent events and Bruce having not driven the car since last year’s Warialda, the short course format will give Bruce time to settle back in for the long course on Sunday afternoon.

“Bryce has been doing a great job driving, coming in first at Texas and second at Milbrodale, however with Warialda being my favourite event on the calendar, I will be having a drive this weekend. After being at Milbrodale as pit crew and a nervous dad, I was impressed with the pace of the field. There are certainly a few ProLites that will be capable of running at the pointy end of the field and of course Terry Rose is always hard to beat at his home circuit, we’ve had some great races with him there over the years” added Bruce.

The event will be held at Monomeeth, approximately seven kilometres from Warialda on the Gragin Road and gets underway with prologue commencing at 11am Saturday 24th September, followed by the short course heats at 1pm. Sunday’s racing kicks off at 8.30am with three laps of the short circuit followed by a gruelling six laps of the long course.